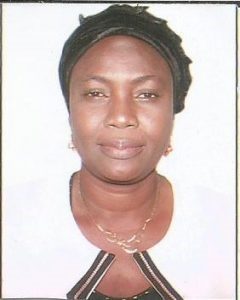 Mrs. Monsurat Abike Banire holds a BSc. in Chemistry Education (1990) and a Post Graduate degree In Analytical / Environmental Chemistry (1999), both from the Lagos State University. She had a brief stint in the now defunct Lagos State Post Primary Teaching Service Commission (PPTESCOM), before joining the Lagos Water Corporation in the year 1996. She has since held many and important positions, and has worked as the Head of the Water Laboratories in Iju and Adiyan Waterworks, at different periods over the years.

She became the Regional Business Manager of the North-West Region, in December 2016 and was appointed Head Ishasi Waterworks Laboratory in 2017. She assumed Head of Water Quality Assurance on the 5th of February, 2018, a position she still holds till date. Mrs. Banire is known for the proactive steps she has taken to ensure the standard and top quality of the water generated and supplied by Lagos Water Corporation.

She became a member of the Institute of Chartered Chemists of Nigeria in the year 2007.