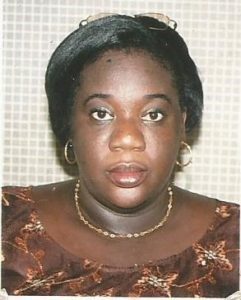 She holds a degree in Microbiology from the University of Lagos (1990), and had a brief stint in the private sector before joining Lagos Water Corporation in the year 1992, as an Assistant Commercial Officer. She became Head, Enumeration in the year 1998, and held this position for many years before she became controller, Water Quality assurance in the year 2007.

Williams is presently the head of the Health Security and Safety Department.